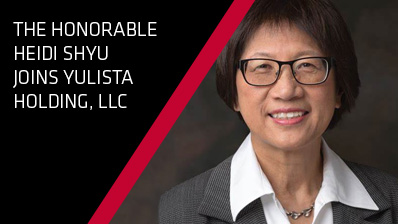 The Honorable Heidi Shyu and CEO of Heidi Shyu Inc. is joining Yulista as a special advisor to the Yulista family of subsidiaries. The Honorable Shyu provides advice to Yulista leadership in growth strategies for new and current markets.

“The Yulista family is thrilled to have Ms. Shyu join our team in this capacity. Ms. Shyu is extremely well respected and known in our industry for her knowledge, experience, leadership, and integrity. Her knowledge, expertise, and advice will be a huge benefit to our team and as will her inputs on our key corporate decision points and objectives. We’re excited for the overall value she’s bringing to our team, customers, and importantly, our shareholders,” commented Josh Herren, President/CEO, Yulista.

Heidi Shyu has extensive experience in the defense industry, along with serving on numerous advisory boards and has consulted for over a dozen companies.

Previously, she was the Assistant Secretary of the Army for Acquisition, Logistics and Technology, ASA(ALT), from Sept. 2012 to Jan. 2016. Prior to this, she served as the Acting ASA(ALT), from Jun. 2011 and the Principal Deputy starting Nov. 2010.

As the ASA(ALT), she served as the Army Acquisition Executive, the Senior Procurement Executive, the Science Advisor to the Secretary of the Army, and the Army’s Senior Research and Development official. She had principal responsibility for all Department of the Army matters related to logistics.

Prior to this position, she was the Vice President of Technology Strategy for Space & Airborne Systems (SAS) at Raytheon. She also held several senior leadership positions there, including Corporate VP of Technology & Research, VP & Technical Director of SAS, VP of Unmanned & Reconnaissance Systems.

In addition to her extensive experience at Raytheon, she served as a Project Manager at Litton Industries and was the Principal Engineer for the Joint STARS Self Defense Study at Grumman. She began her engineering career at Hughes Aircraft Company.

Hon. Shyu is currently a member of the Board of Trustees for The Aerospace Corporation, the Chairman of the Board for Roboteam North America, Board for Plasan North America, Board of Advisors for Catalyze Dallas, Board for VK Integrated Systems, UCLA Dean’s Executive Board, and Advisory Board for the U.S. Chamber of Commerce Defense & Aerospace Export Council. She is also a member of the National Academy of Engineering, AIAA Fellow and is the recipient of numerous awards to include: the DoD Medal for Distinguished Public Service, the Dept. of the Army Medal for Distinguished Civilian Service, the Dept of the Air Force Decoration for Exceptional Civilian Service and the UCLA Engineering Alumni Professional Achievement Award.

Yulista is committed to being the best-equipped Alaska Native Corporation (ANC) in the world, performing rapid response aerospace and defense solutions for foreign and domestic customers. We believe in the power of our people and our communities. We’re not just a company, we’re a family. Our greatest assets are the men and women who contribute, excel, and strive to deliver results through our commitment to quality, innovation, and belief in the mission. 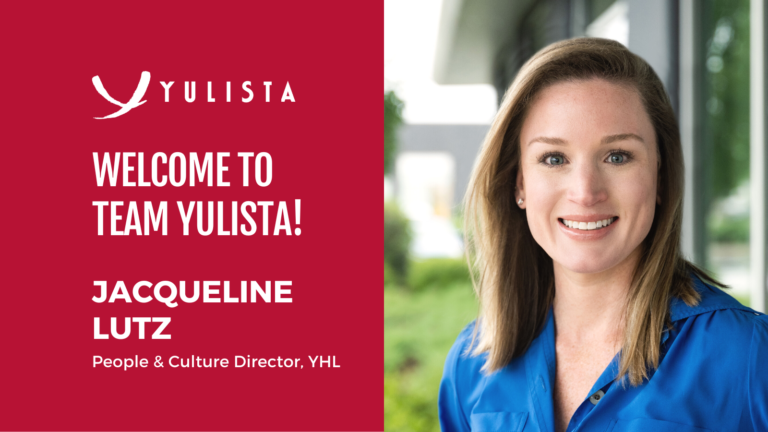 Please give a warm welcome to our new People & Culture Director, Jacqueline Lutz. Jaqueline brings a vast amount of… 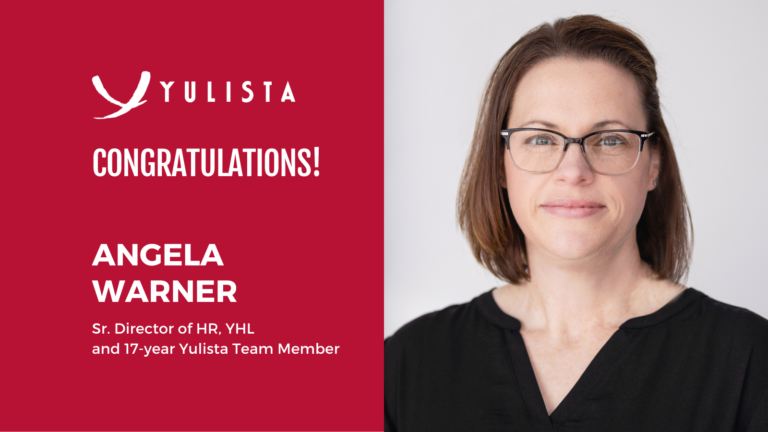 We want to send a BIG congratulations to our new Senior Director of Human Resources, Angela Warner! Angela oversees a…

The Yulista Quality Team received customer kudos from our Naval Air Systems Command (NAVAIR) Site Survey! The purpose of the… 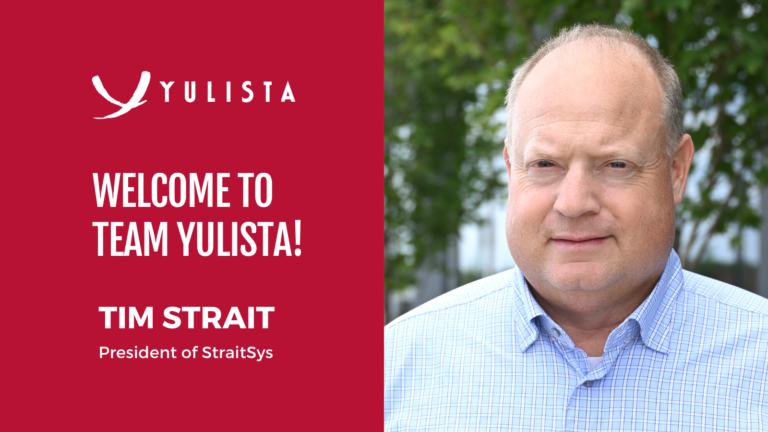 We want to warmly welcome our new addition to the leadership team, Tim Strait. Tim joins Yulista as he remains… 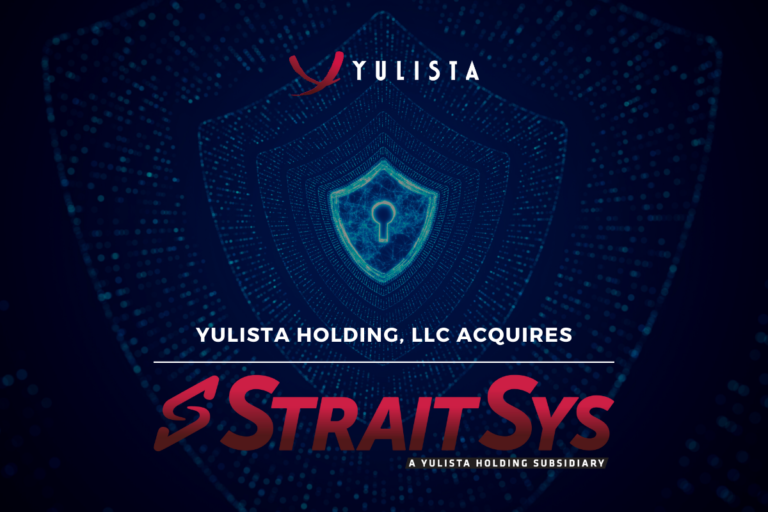 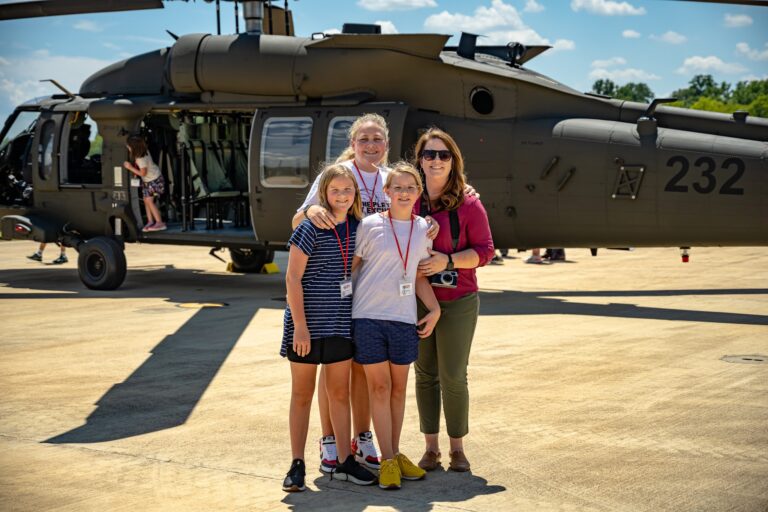 As a child, there was nothing more exciting than accompanying your parent at work. It gave us a glimpse into… 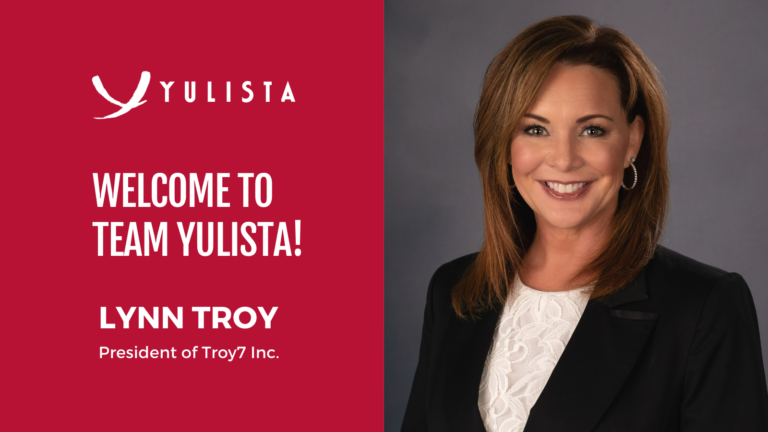 We are excited to announce that Lynn Troy joins Yulista as she remains the President of Troy7, Inc., Yulista’s newly… 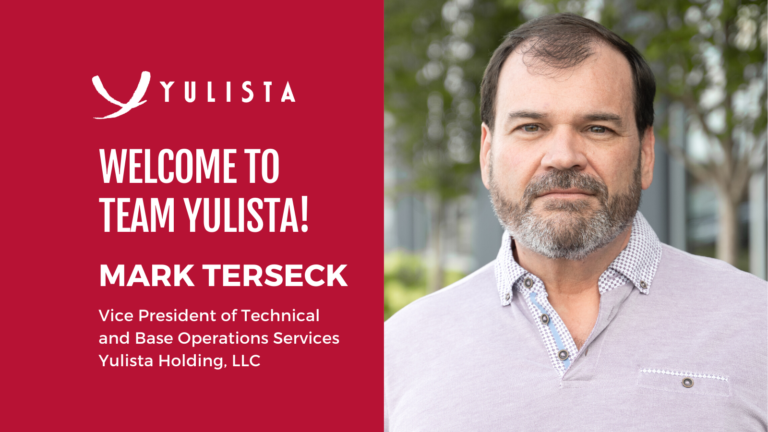 We are excited to announce that Mark Terseck joins Yulista Holding, LLC as the Vice President of Technical and Base… 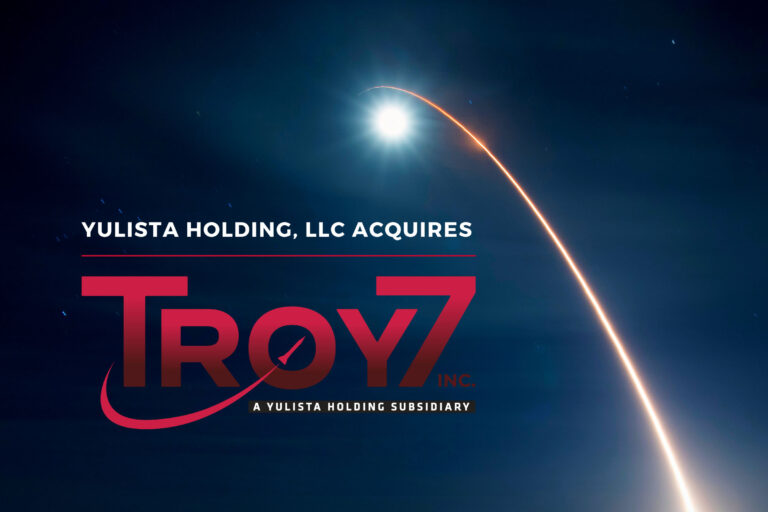 Strategic deal adds to Yulista’s capabilities in Missile and Aerospace Engineering Services.  HUNTSVILLE, Ala. – Yulista, a global leader in rapid… 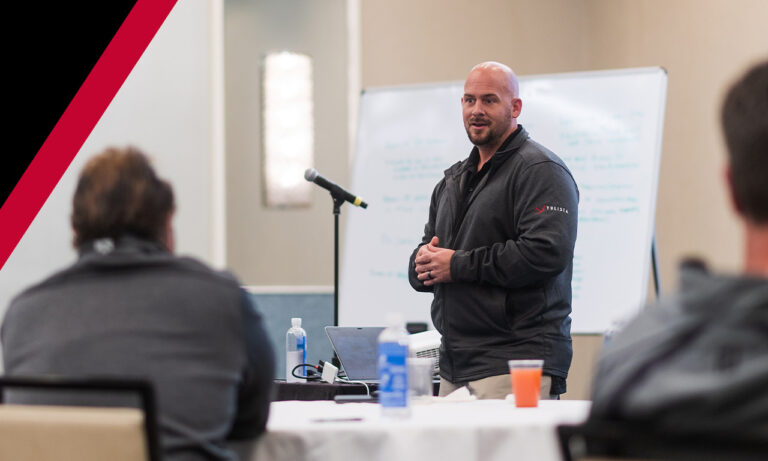 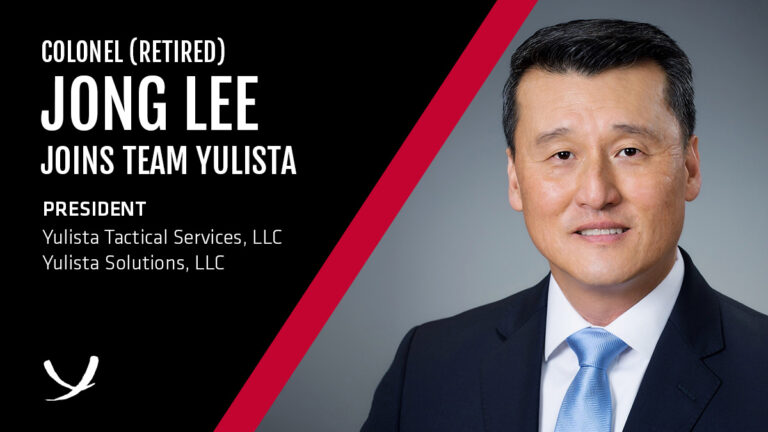 We are happy to announce that COLONEL (RETIRED) Jong Lee joins Yulista Tactical Services, LLC and Yulista Solutions, LLC as President based in… 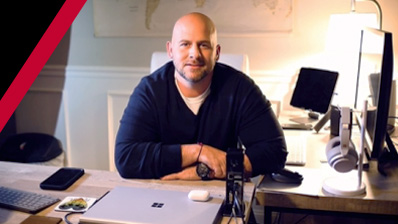 Thank you for your support and dedication

The Yulista leadership team wants to thank you for your intense determination, professionalism and focus during these challenging times. We…